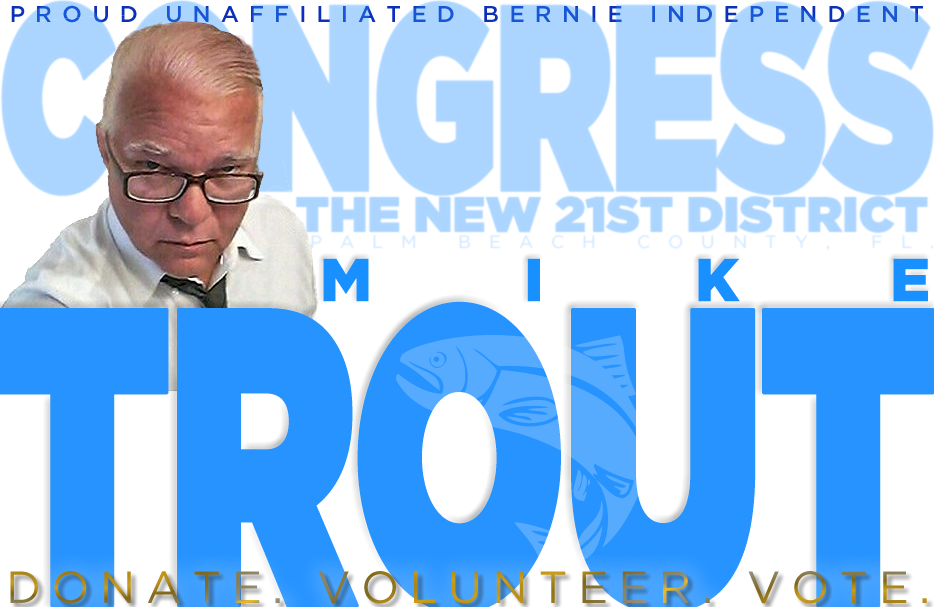 FLORIDA'S STATE AND FEDERAL CANDIDATES CAN BE FOUND ON THE DIVISION OF ELECTIONS WEBSITE HERE:

YOU SAY YOU WANT A REVOLUTION?

"There is no compelling reason for the voters to have to shoulder the taxpayers and voters to pay for the internal polling of any parties (otherwise known as primaries).

With the millions and millions of dollars budgeted to local and state elections authorities, we could pay for simple, recorded debates between candidates on all levels, which would then be available for the voters to view at their leisure throughout the campaign cycles.

Let the respective parties and the media pay for party polling activities (primaries), and use tax funded elections budgets to pay for the activities related to general elections, including the cost of publicizing the platforms and websites of all bonafide candidates.

Prohibit excessive and burdensome signature and qualifying fee burdens for those who would sacrifice of their time and treasure to offer themselves up for (hopefully single adequate limited terms) in public service.

Currently, Qualifying Fees in Florida are usually based on a percentage of the salary of the elective office -- which is unfair, given that each candidate has a different ability to pay. Base the qualifying fee on the current income of the candidates to make a more accessible playing field for those voters who might consider putting their names in nomination for public service.

Oh yeah, and stop referring to INDEPENDENTS as NPAs and UNAFILLIATEDS. We are INDEPENDENTS, and historically that is how we were known.

We say we want money out as the primary driver of elections -- with a concerted effort by the thousands of SUPERVISORS and BOARDS of Elections across the country, and the hundreds of millions of dollars spent already by the taxpayers on elections activities (and likely considerably less, we could have free, fair, and open elections."