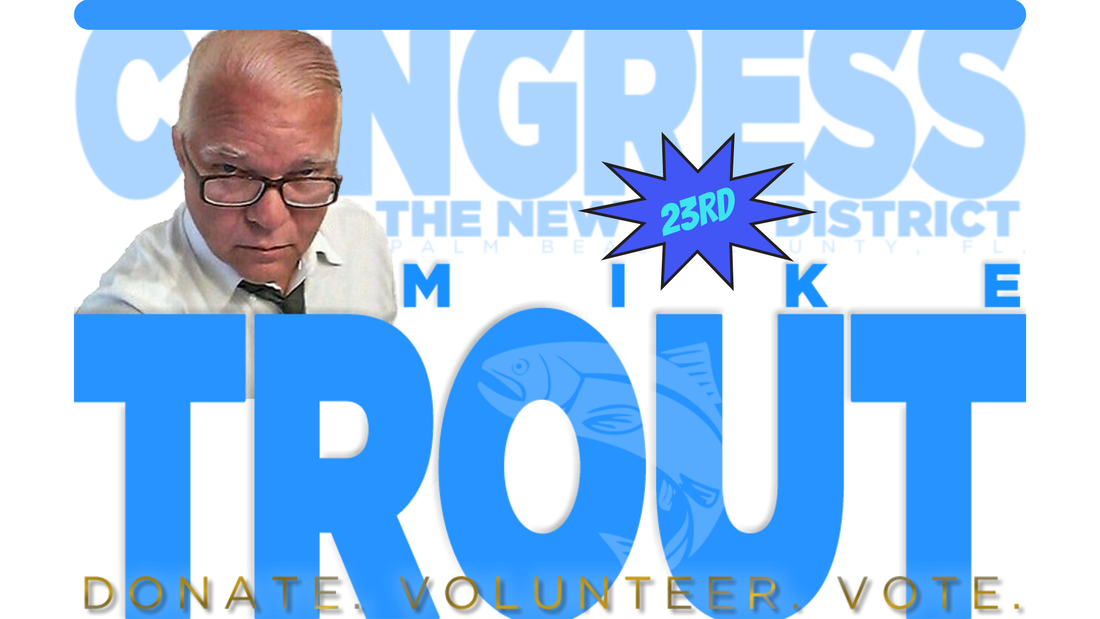 "I support policies, ideas & initiatives that deliver responsive, effective government for every citizen. I'm on a lifelong campaign for good government."
-- Mike Trout

W. Michael (Mike) Trout, born 1958 in Ancon, Panama Canal Zone (Running in the NEW 23st Congressional District.) :: I first moved to Boca Raton for a job as pianist in the old Burdines in Town Center Mall, in 1989. Burdines went into bankruptcy shortly after, and I went to work performing in J Calloway's Christmas Stores, both in Boca Town Center Mall, and Boynton Beach Mall. After that, I moved to Costa Rica through part of 1991. When I returned, I was drawn to Governor Jerry Brown's (CA) presidential campaign, and was hired over the phone to join the effort. I became Office Manager at our National Campaign Headquarters in Santa Monica, also participating in the Latino outreach, working in the California campaign, and wound up finally a Brown Delegate to the Democratic National Convention at Madison Square Garden in New York City in the summer of 1992. Ours was the first national campaign to use the internet widely.

I served on the Board of Directors of the Central Florida Community Development Corporation (CFCDC), a nonprofit agency focused on economic development in blighted and underserved areas, operating with funding partly from the Community Block Grants program in Daytona Beach, Fl.

​In 2012, with little money and nothing but a strong message of campaign finance reform, consumer and constituent advocacy, I ran for this same office. I was proud to demonstrate that a campaign didn't have to be about big money donors, and that voters responded favorably to a candidate who cares about restoring an even playing field for Americans in and out of my district. We brought together nearly 38,000 voters at the ballot box in the general election.